Edward V. Niemczyk O.D. is a Diplomate, a board certified optometric physician by the American Board of Optometry. He is a native of Middlesex County, graduating from South Plainfield High School. Dr. Niemczyk received his Bachelor of Science degree from Albright College, Reading Pennsylvania. Subsequently, he obtained his Doctor of Optometry degree from the Pennsylvania College of Optometry in Philadelphia, where he earned membership into the International Gold Key Honor Society.

Dr. Niemczyk completed internships in family and general optometry at the Eye Institute of the Pennsylvania College of Optometry and the Albert Einstein Medical Center of Philadelphia. Dr. Niemczyk is a member of the American Optometric Association, Mid-Jersey Society of Optometric Physicians and the New Jersey Society of Optometric Physicians. He currently serves as a member of the Board of Directors for the State Association. He also currently presides on the panel of the Third Party Center for the State Society. Dr. Niemczyk began his practice in South Brunswick in 1983. 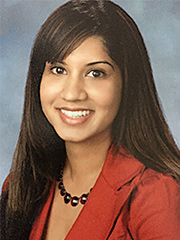 Sonia P. Vaidya O.D. is a board certified optometrist and a member of both the American Optometric Association and New Jersey Society of Optometry. She grew up in Chicago and relocated to New Jersey after she married.

Dr. Vaidya earned her Bachelor of Science degree from University of Illinois – Chicago in 2004. She subsequently went to Nova Southeastern University in Fort Lauderdale, Florida where she attained her Bachelor degree in Vision Science and Doctorate of Optometry in 2008. She has worked in both retail and private practice settings with an expertise and focus in geriatrics, specialty contact lenses, and emergency/red eye care.

Dr. Vaidya is a soft-spoken, gentle practitioner who treats patients from infants to the elderly and encompasses a wide variety of diseases of the eye and visual pathway and routine eye/vision care. Dr. Vaidya has volunteered at various Onesight and Special Olympics events. She is also fluent in Gujarati and Hindi and is looking forward to serving the community. She enjoys spending her free time exploring New Jersey with her twins. 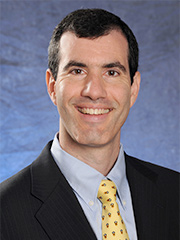 John A. Epstein M.D. is a graduate of Princeton University and received his medical degree from the world-renowned John Hopkins University School of Medicine. Dr. Epstein’s sub-specialty education in ophthalmology continued at Wills Eye Hospital in Philadelphia where he received extensive training in the medical and surgical treatments of such conditions as cataracts and glaucoma.

He also received extensive training with systemic disease and how it effects the eye, such as diabetes and hypertension. He has received intensive refractive surgery training in LASIK and PRK. Dr. Epstein has successfully performed laser vision correction on a variety of patients from artists to teachers. He is a member of the faculty at the Wills Eye Hospital where he teaches medical students and residents and has published extensively on a wide range of topics.